Recently, on a holiday in Far North Queensland, I would swim out to a buoy in the ocean that was probably about 300 metres offshore.

As I swam back towards the shore, that’s when I felt fear. Because if there were going to be crocodiles…that’s where they would be, near the shore migrating up the beach to another estuary/river outlet. 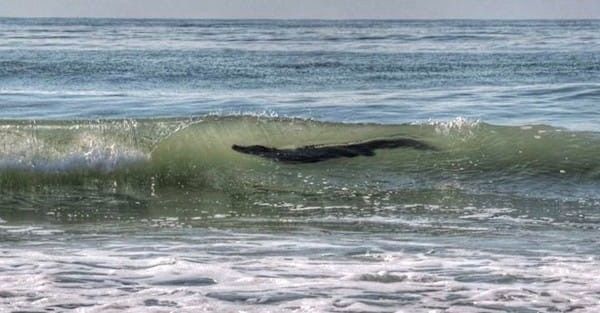 As I swam closer my heart started beating faster…

I would think about how much I would miss my little kids…if a Crocodile grabbed me and pulled me under into the famous ‘death roll’.

I started calling the 50 metres before the shore ‘The Kill Zone’.

(And, I started swimming laps in the pool more often!)

It’s when people invest right at the peak of a market.

The reason is typically the property won’t grow much for up to a decade! (Like Sydney from after the 2002 boom).

And because the properties are expensive, a lot of the investors’ money is tied up in it. Effectively that money is ‘dead’ for a market cycle.

And to make matters worse, because you paid top dollar, often the yield is low, which causes cashflow stress.

But what if you knew how to avoid investing at market peaks and instead bought properties at up to $60,000 below market value.

That’s what Nhan did recently. 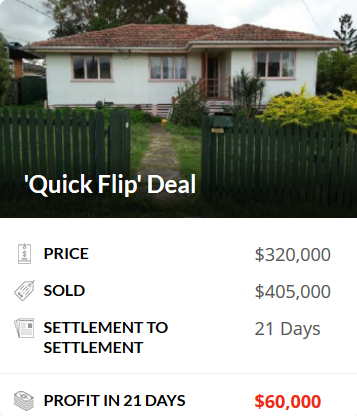 He bought this property directly from a motivated seller. Then sold it for a $60,000 profit – with only 21 days from settlement to settlement.

Boom!!! Now, isn’t that much better than buying over-priced properties in a markets kill-zone?

Fact is, you only need to do a few deals like this each year to give you and  you family a very healthy income.

Want to learn how to do it? Join Nhan at Multiple Streams of Income and discover how he does it.