How a claim officer from Melbourne bought 2 properties in 3 years – and boosted his income by $16,000….

Do you know what your ‘ideal life’ looks like? Melbourne investor Arthur Tse does, because he’s well on his was towards living it.

A chance meeting with property mentor Todd Polke has helped Arthur Tse to transform his life – and not just in regards to property.

But real estate was what brought them together initially.

When Arthur and Todd met around three years ago, Arthur didn’t own any properties, but he was keen to get into the market.

There was only one thing stopping him: he had no idea where to start, what to buy, or how to make the first move.

He was also earning a modest salary and didn’t know whether he could afford to invest in property in the first place. 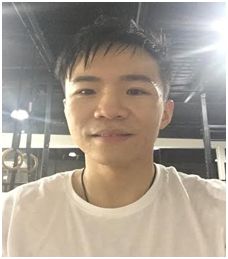 After working with Todd, Arthur set his sights on Sydney’s property market.

“Todd’s research team showed me that western Sydney was ready for growth, because we already knew that the area had been flat for a long time,” Arthur says. “There was going to be new infrastructure coming in with the airport as well.”

Arthur focused on affordable property priced under $250k, which led him to a two-bedroom, one-bathroom apartment with one car park in western Sydney.

Next, he turned his attention to the Gold Coast, which is predicted to be “next place to move, thanks in part to the 2018 Commonwealth Games” Arthur explains.

It’s not just about property

Arthur, who works as a claim officer, has been learning from Todd on about ‘Life Design’.

In a nutshell, it’s about mapping out your ideal life, and then taking the steps required to bring it into reality.

For instance, when Arthur started working with Todd, he was earning an annual salary of $46,000. He set a goal to increase his income – and achieved a 40% increase in two short years.

“I changed companies and increased my salary that way, then within my new company another opportunity came up, and I applied for that job and got it.

That came with another salary increase. Twelve months later, I received another pay increase!” he says.

Every area of his life has been touched by Todd’s coaching, he adds, which he hopes will see him living his ultimate lifestyle within a decade.

“I’m currently 31 years old and I plan to retire at 40 years old. I want to have at least 8 or more properties fully paid off by then. I plan to buy more this year and I’m looking at Brisbane for my next opportunity,” Arthur says.

“You don’t have to be wealthy to achieve big things in property,” he adds. “You just need to understand your ‘why’ and take action daily.”

This is a complete life turn around for Arthur.

And, you too can also take a big leap forward in your life, when you attend your Property Wealth Masterclass with Todd Polke.

Now, you can claim your free ticket to register for the Property Wealth Masterclass in your city – click here