But he accidentally forgot the backpack containing the money – in the back of a cab!

What an emotional roller coaster the poor guy must have been on.

The biggest financial break of his life….turned to despair.

Anyway, the taxi driver found the backpack on the backseat and had a look through to find some ID, so he could return.

‘I saw more money than I had ever seen in his life’ he said.

He did the right thing and returned it to a police station – where the homeless guy was already looking for it.

“My mother always said do the right thing, you’ll be rewarded somewhere later, you know?” said the taxi driver.

Imagine how that homeless guy felt getting that money back. Hopefully, he can use it to buy a house (they’re cheap in America) and get back on his feet.

With all the depressing stories in the media, it’s great to hear stories like this of human goodness.

But you know what…

A lot of people’s big financial strategy in life is hanging out for an inheritance or to win lotto.

Bad strategy – because both are largely out of your control.

Far better to be one of Nhan Nguyen’s students who know how to create large sums of cash – through small developments.

For example, Jason and Amanda Eaton were able to get development approval for 34 town houses on a development site – then they sold the site making a cool $1.3 million in profit.

Imagine, that $1.3 million profit. You could pay off your mortgage, and have change left over to cover your kids school fees. And go on the holiday of a life time. 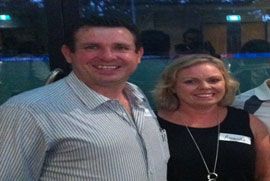 Discover, how to do deals like this at ‘Small Developments Made Easy’. Register now while there’s still time, because the event starts soon.