She missed the Sydney boom. But then something amazing happened….

Ask just about any property investor and they’ll be able to share a tale about ‘the one that got away’.

We’ve all been there. We’ve all had the hindsight of 20/20 vision and wondered about the ‘what ifs’. For Janet Testaz, her ‘what if’ is the loss of a six-figure profit. 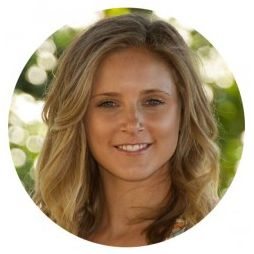 Janet’s story: From ‘missing out’ to a large portfolio

“Three years ago, we were trying to buy in western Sydney. We researched the market for six months and finally found a unit that fit the bill. We put an offer in and it was accepted! That was on the Saturday – then on Monday morning I got to work, and got made redundant,” she explains.

Financially, she and her partner still had the means to proceed with the purchase. But they got cold feet, so they pulled the pin.

You know what happened next… Sydney’s property market boomed. Big-time.

“If we’d gone ahead with the deal, we would have made a six-figure profit,” Janet laments. But they would have lost so much more…

The loss that leads towards the gain

Yes, Janet missed out on a potentially profit. But she went on to achieve so much more.

Having a property mentor like Todd Polke on her side has helped Janet to come to terms with ‘what could have been’ in terms of her lost property opportunity, while seeing exactly what her lifestyle has gained overall.

You see, had Janet proceeded with that property deal, then she would have felt compelled to rush out and get another job.

Instead, she pursued a number of different options. For a while, she worked as a nanny. She trained as a life coach. As a textile designer by trade, she freelanced in the fashion industry part-time. She even contemplated starting her own real estate business and renovating property full time.

“I was really disappointed about the lapsed property deal as I’d spent so long researching,” she shares. But with Todd as her coach she bounced back.

“He was quite supportive. He’d give me audio books, share links to podcasts, recommend books and workshops from Anthony Robbins. He was really encouraging me in terms of deciding to experience different things.”

Crucially, having all of that space and freedom gave Janet something money can’t buy: the chance to figure out her true passions.

“One thing led to another and eventually, I went and studied nutritional medicine; I’m now in my third year,” Janet says.

And as for property, she’s kicking goals there as well.

“Todd explained the key stages of investing: the acquiring stage, then you have to get more cashflow, then you reach the sell down stage,” Janet explains.

With Todd’s support, Janet and her partner have gone on to add 5 property investments (one in Newcastle, two in Brisbane and a duplex pair in a large regional city in Queensland) to their portfolio.

“I don’t know if any of that – the properties, the blog, studying nutrition – would have happened if we’d bought that property after I got made redundant, as I would have had to go and get a job straight away,” Janet says.

She may have missed out on Sydney’s recent price boom, but Janet’s diversified portfolio puts her in a great position to profit from property in the future.

Plus, the well-chosen properties in her portfolio give her a nice cashflow yield too.

Better yet, she’s already living her ideal lifestyle and following her life’s passion –something that many Australians don’t get to experience until retirement, if ever.

Discover a simple system to own an income producing portfolio in the next 2 years – even if you’re on an average income.