The Soldier who surrendered 30 years after the war was over

Did you hear about the Japanese Soldier who surrendered 30 years after World Was 2 was over? 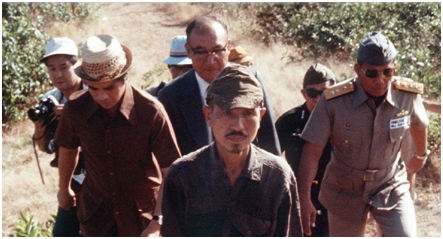 He was left on an island in the Philippines with instructions to spy on the enemy.

His fellow soldiers died, so he was left to forage on his own.

He survived of the land, killing cattle and drinking coconut milks.

He did get some leaflets telling him to surrender, but he dismissed them as enemy propaganda.

Finally, after hearing that he was still alive and fighting in the jungle, his superior officer went into the jungle and told him…

So he finally joined the rest of the Japanese military in surrendering….some 30 years after the Japanese Emperor formally surrendered.

But you know, some property investors do a similar thing.

They ‘fight’ the last property market, instead of looking at what’s going to happen in the future.

Markets tend to peak, then plateau.

And while one area is plateauing another area is peaking.

That’s why you can potentially make much more money by ‘riding the waves’ of wealth’ …investing in different suburbs across multiple cities….than by sticking to your local market.

The good news is Todd Polke’s going to reveal how to do this at his upcoming free event.

Free event: Discover which properties are set to potentially boom in the next 3 years – and which areas may flatline