This simple ‘mind trick’ can make you a successful investor

Have you ever punished yourself for not sticking to a promise you made to yourself?

Perhaps you haven’t stuck to a diet…

Or maybe you’ve slipped with your savings goals…and spent money on things you didn’t really need.

As a result, maybe you feel like you just don’t have ‘willpower’…which knocks your confidence and self-esteem.

But, do you lack will power… or do you just need to adopt some new skills?

You may have heard the findings about the preschool kids involved in the marshmallow study.

Children were given one marshmallow each. They were told they could eat the marshmallow, or hold on to it and wait – if they chose the second option, they would get two marshmallows.

It was an exercise in delayed gratification. The results showed that the kids who had the willpower to be patient were less likely to have behavioural problems, and more likely to achieve higher grades in school.

So, does that mean those kids who ate the marshmallow straight away are doomed to be less successful in life?

The study has been redone and what researchers have discovered is that they can actually train kids, using different exercises, to have more willpower.

It turns out that when these kids were given the right tools to train themselves to have more willpower…they had a 60% chance of being more successful in exercising self-control.

The simple act of accessing the right tools can boost your odds of success in life by 60%. Amazing.

And Nhan says it’s the same thing with free blocks of land. Some people say:

But Nhan has trained his brain to find them everywhere! 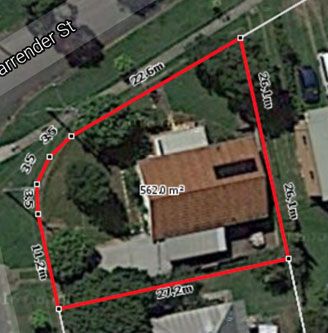 Want to discover how to find deals like these? Make sure you join Nhan at his FREE Webcast training tonight where he’ll reveal how to find them – and much more.

Yes, I want to find ‘free blocks of land’ – CLICK here to join Nhan at his webcast