3 Billionaire Money Blunders You Can Learn From

Even the most successful people in the world have made missteps along the way. Here are three billionaire ‘mistakes’ – and what you can learn from them.

The prospect of failure is something that stops many people from realising their potential.

You may have the desire to try something new to move forward -. but you think that you could lose big-time if you make a mistake.

However, failure is something that even the most successful people have to endure.  And, there is often a big opportunity cost to doing nothing as well.

Here are three examples of billionaires who’ve messed up at one point or another – and then gone on to achieve great things.

Oprah Winfrey rose to fame as the hostess of her eponymous daytime TV show. She became a billionaire off the strength of that show and a number of other business interests. 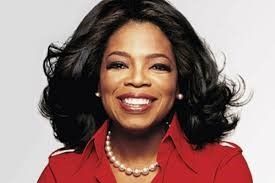 When the show ended, she could have coasted off her success for the rest of her life. Instead, she decided to launch the Oprah Winfrey Network (OWN).

But she launched far too early. Oprah herself says that if she wrote a book about the launch she’d title it “101 Mistakes”.

In the end, the early launch cost her $330 million. But she persevered and the network now hosts a string of critically acclaimed shows.

At one point in time, Mexican businessman Carlos Slim was the richest person on the planet.

In the late 1990s he leveraged that wealth to acquire CompUSA in a deal worth $800 million.

His aim was to turn around the fortunes of the big box technology retailer.

Unfortunately, the company failed to adapt to a changing tide in the technology industry. It stuck to selling its own desktop computers as other retailers started selling components and laptops. It also struggled to compete against the rising tide of online retail.

CompUSA failed to adapt and to continue providing a valuable service to its niche. Shoppers went elsewhere and Slim lost hundreds of millions of dollars.

The simple lesson is to adapt to the demands of the market, rather than sticking to what worked in the past. 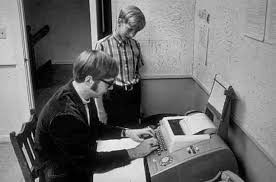 Bill Gates before he was famous

It’s likely that you’ve never heard of Traf-O-Data. Not many people have. The traffic tape processing and reading company was Bill Gate’s first foray into business.

And it completely failed.

Thankfully, Gates used the experience to his benefit when he founded Microsoft. And we all know how much success he found with that company.

There are two simple lessons here. Firstly, don’t be afraid to try again if your first idea fails.

Secondly, use what you learn from that failure to avoid the same mistakes with your next venture.

As you can see, even really successful people make mistakes along the way. In some cases, these mistakes cost them hundreds of millions of dollars.

One way to minimise mistakes is to follow a proven blue print for success by those who have done it – in this way you are ‘photocopying’ success….rather than trying to reinvent the wheel.

One strategy to look at ‘photocopying’ is the ‘Air-Cashflow’ strategy that allows you to make money from real estate – you don’t even own.

What if you could make a consistent monthly income from real estate… Without getting a bank loan and without a 10%-20% deposit?

That’s what you’re going to discover how to do at this fast-paced Masterclass about how to potentially make up to  2 x more cashflow from Airbnb than traditional real estate investing.

Learn how a Queensland couple went from $0 to around $9,040 per month largely passive income from Airbnb in just 90 days using this system. Free webinar click here.