The “Batman Secret” That Flooded Me with 100,000’s of New Customers 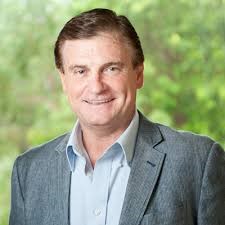 When I produced the Batman Returns Movie Trading Cards getting both Sunday Newspapers and the Australian TV Week Magazine involved…I provided the publications with free “trading card samples”… and they provided me with front page exposure and lots more in return! 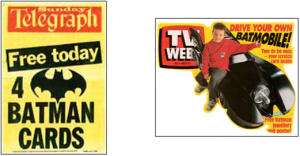 I even got involved with the hit television show, Hey, Hey It’s Saturday, and gave away a mini replica Batmobile in the process.

Indeed, I produced half dozen replica mini Batmobiles and used these as a leverage to further interest various TV stations, radio stations and print publications.

Trust me, if children have the chance to win their own electric powered Batmobile, they’ll pester their parents into buying lots of product!

The result was that my Batman Trading Card product enjoyed record sales in Australia, to the extent that I was told by Warner Brothers that we sold 4 times the quantity that the US trading card companies had sold! (on a per capita basis).

I was actually invited to New York head office of Warner Brothers to accept an award for being the highest selling trading card product worldwide.

I followed the same formula for my “Jurassic Park” Trading Cards and gained a similar result of extraordinary sales.

Keep in mind that we’re talking about millions and millions of packets of these trading cards, quantities that even Kellogg’s or Coca-Cola would be envious of.

This is what mass “avalanche marketing tactics” can do for your product or service.

Just snuggle up to the Rupert Murdoch media empire, provide his newspapers, radio stations or television networks with a “Wow Factor Giveaway” and watch the free publicity work wonders for you! 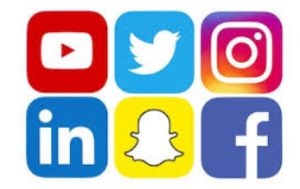 However, but here’s the twist…I now use the same marketing ‘wow’ factor that drives 1,000’s of leads on social media…like Facebook and Instagram.

Simply ‘plug and play’ this secret into your business and be ready for a lead explosion – sometimes within as little as 24 hours.

P.S When you register as VIP for this event you can join me for Tapas before the event…and “pick my brain” about how to create a cashflow surge in your business.

Join me for Tapas – CLICK Here to find out more