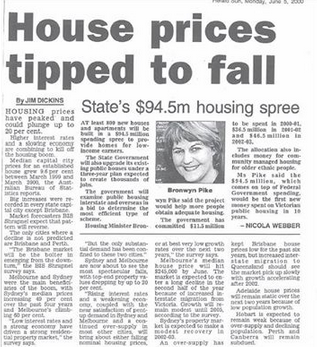 So, if you followed this articles advice you wouldn’t have bought houses for around $200,000…that could now be sold for up to $1.5 million!

You see similar articles now about the Australian property market.

And yes, it’s true some areas of Australia are over-supplied with apartments – which have already had price drops.

But, here’s one thing that Todd Polke says that is so true.

So, whenever you see a headline generalising about a ‘An Australian Property Bubble’ you know that something ignorant is coming up next.

Because, how can you possibly generalise about the 3,500 suburbs when every state, city and suburb has different market forces operating?

His research team have a criterion of 56 ‘attractor factors’ that make a suburb a ‘desire magnet’ for owner occupiers.

Because, in their experience, this is what will drive a suburb to out-perform the average in price growth.

The best part is, there are ‘desire magnet’ suburbs right now that you can still get into for under $500,000.