The rich benefit of small developments is you can potentially make a big chunk of money – in a relatively short time.

Now, the challenge is there is risks involved – and many people think it’s difficult.

But the truth is, it’s much easier than you’d ever imagined — when you know Nhan’s Nguyen’s ‘Fast Track’ investing system.

And, at “Deals on Fire”, he’ll reveal his secrets to you.

In fact, he will show you how to make big money in small developments….without even speaking to a builder!

For example, on this project he made around $570,000 profit for himself and his partners in 9 months…without building a thing.

They just split off the land, and sold the land lots to first home buyers, and investors. 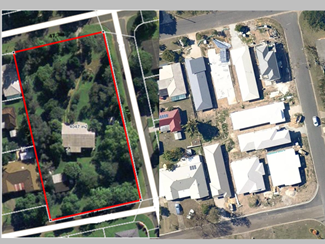 Yes, I want to find out how to deals like this – book me a free ticket to “Deals on Fire” now

The best part is, with Nhan’s system…

You don’t need to have a big deposit saved.
In fact, Nhan and his students often do deals, without putting in a cent of their own money.

You don’t need a rising market.
Because you create your own ‘capital growth boom’.

And you don’t need to invest in a far-flung location.
You can find cracker deals – even in your own backyard!

You can even use Nhan’s simple strategy to create positive cashflow for life.
Nhan will show you how to do this at the event

Yes, I want to find out how to deals like this – book me a FREE ticket to “Deals on Fire” immediately – CLICK HERE