Here’s a story about one of Nhan Nguyen’s mentors – Maha Sinnathamby – the creator of a new city in Brisbane called Springfield. 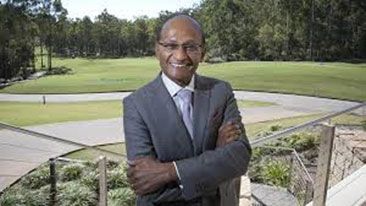 Maha was born into a poor family in Malaya…and as young migrant his family came to Australia.

He worked out early on that he’s inspired by real estate.

While he made some money, many of his early ventures go bad…and he ends up in debt to the tune of $17 million.

BUT rather than going bankrupt – or fleeing overseas – he does the honourable thing and works out payment plans with the people he owes money too.

And because he acted in good faith – and sold the assets he held in his wife’s name as well – they were agreeable to accept them.

Some people might feel ‘beaten’ after this massive ‘failure.’

In fact, he was just beginning his life’s work.

He found 1,000’s of acres’ desolate scrub land around the outer borders of Brisbane.

And, on this land he dreamed of building a city.

But not just any city…

He wanted to build a thriving city with excellent education & health facilities for its citizens.

A family friendly community that people loved to live in.

But were there obstacles in his way? Let’s see…

He had virtually no money…in fact he still had debts

Plus, he had to get full environmental approvals for the project
For these reasons no other developer wanted to touch the site.

He was committed to creating the vision…and he and his team took massive action each day to make it happen.

He even booked a ticket on a trip overseas that he knew the Premier would be on, so he could get some face time with him!

It was this perseverance, that finally gave him victory!

The road to the area was built…the first houses were built….and the vision was taking shape!

And since then, it’s gone from success to success.

Now this award winning city has a world class hospital…an acclaimed university…and a fast-growing community of over 20,000 residents.

It’s known as ‘Education City’ because of its high standard of pre-school to post grad education facilities.

This is a project that’s going to impact the lives of millions in a positive way over the next 100 years.

I’ve rarely heard of someone who’s overcome odds like this.

As he said to Nhan: ‘’Nhan the reason my skin is so dark, is because I’ve been to hell and back”

Do you want to create significant wealth through real estate like Maha and Nhan?

Make sure you join Nhan tonight on his webcast….because discover how to make big money from small developments…even if you don’t have a lot of money to get started with.