Did you know that your life is made possible by…. Seaweed.

Yep, those funny plants growing in the ocean – that my little girl is terrified of – allow us all to survive on this planet.

That’s because, Seaweed produces more than half the worlds oxygen.

So, without out Seaweed the seas would be sterile – zero life! – and there would no animals or humans on land.  Yep including us humans!

(The only thing left would be Zombies, and certain politicians.) 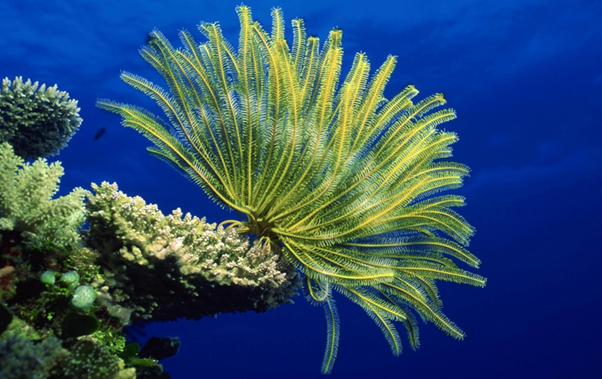 Seaweed allows us to live

Another fun fact.  Some seaweeds grow up to 30 centimetres a day- and kelp forests – seaweed jungles in the ocean – are even more productive than rainforests.

Who would have thought some pretty plants growing in the ocean are necessary for our survival?

This is the fascinating thing about our planet – everything is connected and interrelated.

It reminds of the importance of positive daily habits.

These are little things we can do each day – that have a massive ‘positive’ bounce back effect in every area of our life.

For example, let’s talk about health.

When you start exercising, studies show you typically start eating more healthy foods, and being more productive at work.

And, when you adopt the habit of keeping a daily food log of what you eat, you start to lose weight.

This simple habit can allow you to lose twice as much weight, as those that don’t record their food.

Meanwhile, a hospital was able to go from having lots of avoidable surgery accidents-  to winning awards for quality of cares by simply following a checklist in each operation.

Another keystone habit for financial success, I learnt from Todd Polke is having a ‘money night’.

For 1 hour every week you focus on your money.

Review your spending, your loan rates, study new investments etc.  You’d be amazed at the results that come out of this focussed time.

This ties into the most important two habits for life-long financial security:

Well, then the most important habit for financial success is spending time each day learning a high-income generating skill.

For example, a Brain Surgeon who charges $5,000 per hour, can build a huge asset base – lots of real estate, shares, boats etc –  because of their high-inome.

They have a specialised income-producing skill – and the market rewards them for that.

So what skill can you learn that skill that can potentially earn you up to $5,000 per hour – and even more in some cases?

This means, doing small developments such as splitters, sub-divisions, renovations etc. – and using other people’s money to fund them.

This is an immensely lucrative skill that can be your passport to a very healthy income, when you apply it.

And, he’s got  students who are working just 20 hours a week…and making a city laweyers salary.

All because of this one ‘specialised income producing skill’.

Want to learn more? Come along to this free event, and we’ll get you moving.