Nhan Nguyen is the creator of the ‘Fast Track’ Investing System, and he’s used to do over $36 million of property deals.

Why the name?
Well…it can be fast to make money, when you use his system.

Take a current deal that he’s doing for example.

And because he’s an expert on this local council he was able to get a DA for 1 into 3 lots in just 11 days.

Now, given the suburb median price in this area is $440,000 do you think there’s money in this deal. 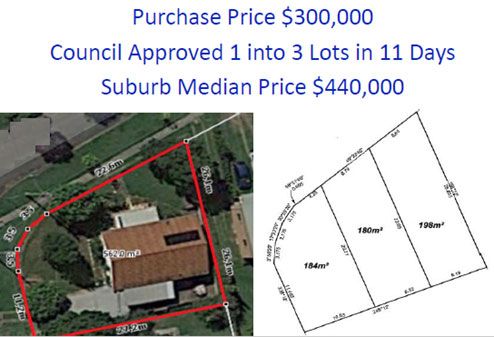 Now, Nhan may sell the land, or develop it himself and keep the dwellings.

He’ll review the numbers and work that out.

The question is though…do you want to find ‘quick money’ deals like this?

Deals that can potentially make you big chunks of cash….without waiting for years for capital growth.

If so come along and meet Nhan at Deals on Fire – Australia’s #1 event for investors who want to find sizzling hot deals.

Yes, I want to find ‘Quick Money’ deals like this – tell me more about “Deals on Fire” – CLICK HERE