She escaped death by swimming across the ocean. Now she’s an Olympian

Yusra’s family home was destroyed, when Assad’s thugs went around killing Syrians in their own homes.

She stayed in Syria for a while, but it just wasn’t safe.

Every week school would be cancelled due to shootings etc.

So she decided to escape with her little sister.

She first went to Turkey.

Then she got in a little motorised Dinghy to try and get to Greece.

Within 20 minutes the dinghy’s engine died.

But she was a swimmer so she and sister jumped into the water.

She had to keep her sister’s spirits up – so she did faces in the water to keep make her sister laugh.

The two men that were swimming with them didn’t make it.

Now, Yusra was a swimmer…but, even so she had doubts that she could make it.

But swum for hours in the open ocean, and they finally made it to the shores of Greece.

And she travelled on, and finally, she ended up in Germany as a refugee.

But here’s the amazing thing.

While in Berlin she kept her swimming training up.

She joined a local club and her talent was noticed by the national team. 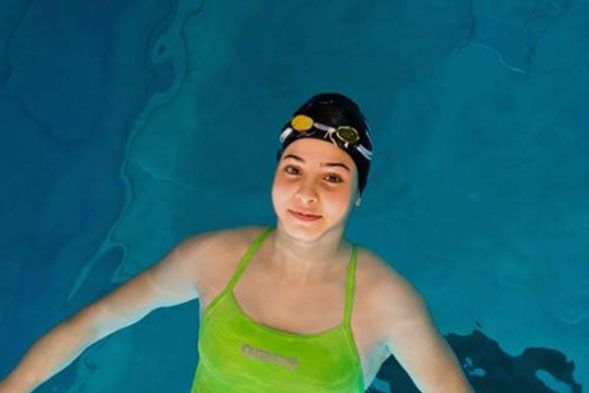 She made a bid for the Olympics, and qualified in the 100m Freestyle and the 100m Butterfly.

Despite having no country! So she’s representing ‘refugees.

And all this happened just one year, after her epic swim through the ocean.

Yusra says “I remember everything… I never forget. But it’s the thing that’s pushing me actually to do more and more. Crying in the corner, that’s just not me.”

What a hero, a real example, of what humans can do when they unleash their inner spirit and strength.

What’s possible for your life, when you focus on greatness and your unique gifts.

I don’t know. But I do know Todd Polke would love to help you uncover your greatness…