The danger of buying the “best house in a bad suburb”

With housing affordability in the doldrums and the banks acting tougher than ever on borrowers, buying a home or investment property in your preferred suburb might seem out of reach.

But, you can still get a foot in the door of the real estate market if you’re prepared to buy into a cheaper area.

However what you can’t do, warns property investor and developer Nhan Nguyen, is compromise on a lower quality investment – such as by buying a good solid home in a ‘less than blue chip’ suburb.

“You don’t want to buy the best house in the worst street,” he says.

“In fact, you actually want to do the opposite.”

From ‘Dog box’ to double the value

But Nhan had bought with a plan – a plan to buy the worst house in the best street.

“If you buy a property at its lowest, then it has the potential to grow in value, whereas when you buy a more expensive, renovated or new home or investment property, you’re buying into a property as it’s preparing to decline in value,” Nhan says.

“By aiming to buy the worst house in the best street, you then have room to grow and improve in value.”

And improve in value is exactly what his property did.

While Nhan’s house wasn’t worth quite that much yet – the other property was newer and had a pool – his neighbour’s successful sale certainly demonstrated that his home had the potential to earn him a big profit. 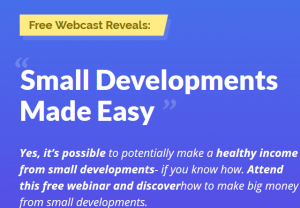 Take advantage of your neighbours’ success

The alternative to Nhan’s plan – buying the best house in a dodgy street – is a flawed strategy fraught with risk, Nhan cautions.

“There’s likely to be more theft, you’ll need more security, and you or your tenants are always going to be looking over your shoulder if the neighbourhood is not so great,” he says.

If you buy prime property in the area, there’s also less scope for the home’s value to rise, so you may not recoup the investment you make in it when you come to sell.

However by buying the worst house in a good street, you can benefit from your neighbours investments in their own abodes.

“You can take advantage of the fact that neighbours have nice European cars, that they are putting in swimming pools and bringing up the value of the area.

All of their work serves to increase the value of your property as well – and provides the right environment for you to make improvements and eventually make a decent profit.”

Nhan adds, “You make your money when you buy, not when you sell – and buying the worst house in the best street allows you to add more value.”

Discover how to potentially make great money in real estate – even if you’re starting off with a small deposit,
or can’t get a loan. CLICK HERE…