The FBI Listened in on this Billionaires private conversation. What they heard was shocking…

He had $7 billion under management…And was famous for his over-the-top lifestyle.

What was his magic touch? How did he make so much money?

Why was he seemingly always on the ‘right side of trades’? 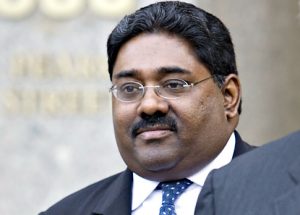 The FBI wanted to find out.

And, when they listened in on his phone calls…what they found they found was shocking.

Here’s Raj on the phone listening to a female ‘source’ about Akamai technologies’.

‘Raj, they are going to guide down…I just got a call from my guy. I played him like a finely tuned piano’.

She was telling Raj that the company was going to announce the earnings were going to be lower than expected.

Very useful information for someone like Raj. In fact, he used it to make $5million over night!

Now obviously, insider trading is a bad idea – you don’t want to spend the next 3 years in club Fed (which is where Raj ended up).

But, how can you the ‘insider edge’ in your investing?

One idea is to listen in on this webcast tonight.

That’s because Helen Tarrant is going to publicly reveal t the types of properties she buys…and where she buys them….to get over $6,000 per week net passive income.

That’s money in her pocket after loan repayments and property expenses.