Jeff Bezos has is now the richest person on the planet, through founding Amazon the e-commerce giant.

Bezos’ time management abilities have helped him to achieve success.

These eight tips will help you to mirror his habits and manage your time more effectively.

Routine lies at the heart of everything that Jeff Bezos does.

In particular, he prioritises proactive tasks over time wasters. The tasks to avoid include spending hours of your day answering emails and dealing with the little things that bog you down.

Many people make the mistake of allowing these small tasks to interrupt their day.

Bezos recommends setting an hour or two aside to deal with them. Then, you can spend the rest of the day on more important tasks.

Bezos points out that many people waste time on making decisions for a simple reason.

They think they can’t reverse their decision later.

“Many decisions are reversible, two-way doors,” he says.

Avoid spending unneeded time on making your decisions. Just gather the information you need and make the choice quickly. You can usually change course if you discover you made the wrong decision.

Meetings can also be a massive time sink if you allow them to drag on for too long.

It’s the classic “too many cooks spoil the broth” situation. If a meeting has too many participants, its goals get muddled. You spend too long talking and not enough time focusing on the issues.

Bezos has a simple rule for his meetings.

Use the two pizza rule to streamline your meetings and use your time more effectively. 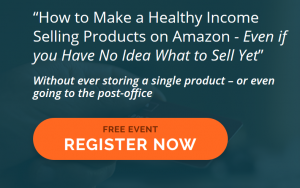 What do you do during a long flight?

Many of us try to distract ourselves from the journey. We watch movies, listen to music, or just waste time until we touch down.

Bezos does things differently. When he travels, he takes the opportunity to do something that progresses his business. He may brainstorm some new ideas or catch up on news that could affect Amazon.

Sometimes, he catches some shut-eye to ensure he’s recharged and ready from the moment he lands.
The key is that whatever he does during his travelling time serves a purpose for his business.

Most people work using the bottom-up method. They create something and then go from there.

He starts with a dream for something that will work well in the future. Then, he works backwards to reach where he stands in the present day. In doing so, he creates a roadmap for achieving that dream.

This saves time because it gives him a solid plan to work from at the beginning of a project.

Bezos points to perfectionism as being the biggest problem for many online retailers.

You spend so much time trying to create a perfect product that you miss your chance. Somebody else fills the niche and you lose out.

When you spot an opportunity, get a product out as quickly as possible. Work out the kinks as you go. The key is that you have the first brand that fills the niche.

This is a particularly useful phrase if you have a multi-person business.

Conflicts will arise and people will disagree with your course of action.

When that happens, ask those with a different opinion to disagree and commit. This acknowledges their misgivings while still encouraging them to give their all to the course that you decide to take.

With disagree and commit, you’ll set a course faster.

It would be all too easy for Bezos to get caught up in the little administrative tasks that keep Amazon running.

But that means he’d have no time for coming up with the ideas that push the business forward.

Effective delegation solves this problem. Delegate the right tasks to the right people to ensure you have time to look at the bigger picture.

Jeff Bezos is a great example of a businessperson who knows how to use their time effectively.

After all, he is now the richest person in the world.

The good news is, you can effectively ‘partner with him’ when you create your own Amazon store for extra cashflow.

P.S Amazon is taking off in Australia in a big way as they spend 10’s of millions on huge billboards, TV and newspaper ads to promote their ‘Prime’ free 2 day shipping service. So, now’s the best time to get onboard the ‘Amazon Express’ train as an Amazon seller.