I recently posted a case study of one of Nhan Nguyen’s sub-division deals on Facebook.

And someone said ‘That’s misleading…because, you can’t find deals like that anymore.’

This guy wasn’t ‘trolling’ – he really believed it.  And he’s not alone.

Many folks feel all the good deals are gone…they’ve missed the boat.

But the fact is, for those ‘in the know’ there’s never been a better time to find cracker deals in the real estate market.

Take this deal that Nhan is currently doing for example.   He’s got a splitter block – which is a block of land made up of two landlots.

And he’s going to renovate the existing house, and subdivide the land into 5 lots. 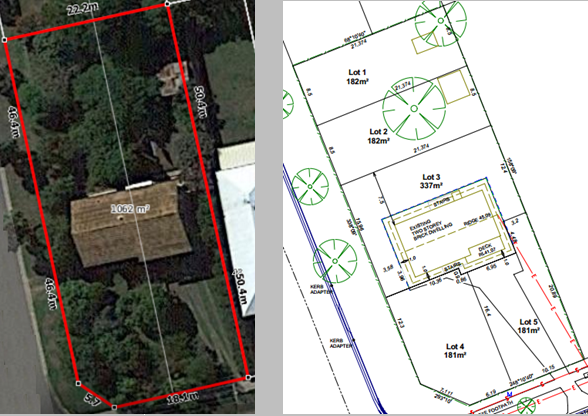 The development costs will be around $365,000 (This includes reno costs, council fees, and the agent’s comms for selling the land etc.).

And the projected sales will result in $1.1 million.

This leaves them with a projected profit of around $200,000.

And the project will likely take about 6-8 months in total – and about 15 hours of Nhan’s time to manage.

The interesting thing is…Nhan is not putting a cent into this development. He’s got a money partner putting up the cash for the deposits, and the bank providing the balance.

That’s because ‘money loves cracker deals’.  When you know how to find deals with generous profits like this one….

You may find that you attract ‘money partners’ like paper clips to a magnet!

If you are keen to get stuck into ‘cracker deals’ like this one…come along to Nhan’s event next week.

Unfortunately, the Melbourne event is now at full capacity, but there’s still some seats left in Brisbane and Sydney.

FREE EVENT: Discover where and how to find ‘cracker deals’ in today’s market – CLICK HERE